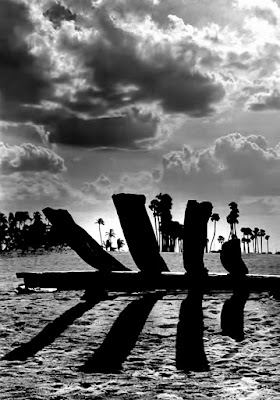 In 1949, when I was 13 and on vacation to Madras from Calcutta, my uncle, who lived in the Sowcarpet area, arranged for me to take a day-trip to Ennore with his friend, Shankarlal Davey. Shankarlalbhai was a photographer who was known all over India, and even abroad. His work was published regularly in The Illustrated Weekly of India, which was the ultimate for Indian photographers and writers to be published in. He was carrying two cameras that day: a Rolleiflex and a Leica.

When he asked if I would also like to take pictures, I nodded without thinking, as I was ignorant of the machinery and the mechanism. What I probably had in me was a sense of aesthetics.  He handed me the Leica, saying that his plan was to use a reflex camera. I did not know the difference between a Reflex and a View-finder camera, nor had I heard of the excellence of the Leica brand. I gratefully acknowledged his trust in me, to utilise his Leica safely, without knowing that I would never use one again.

Ennore was a small fishing village, not the heavily industrialized suburb that it is today. I took a number of pictures of catamarans, the beach, fishermen, women, hutments. After a few days, Shankarlalbhai gave me the film and the contact prints, and told me that there was nothing worthwhile in the pictures.

Many years later, some friends in Calcutta saw these prints and had them enlarged.  Subsequently, at least nine or ten of them have been part of several one-man shows, both in India and abroad. I considered it a privilege that Shankarlalbhai visited two of my exhibitions in Madras (USIS, Max Mueller), which gave me the opportunity to tell him that I owed a lot to him for that sultry Sunday in Ennore, decades ago.

at 11.7.16
Email ThisBlogThis!Share to TwitterShare to FacebookShare to Pinterest
Labels: photographs_blackandwhite

"The taste of any poem is double until its meaning is found" are the words of Poet Vairamuthu. Similarly I found tough to find the objects in this picture until I read the description. Dark Clouds, coconut trees, and shadows of catamaran added values. Interesting and no wonder about why it was exhibited. Like the picture and the story behind it. This blog will be a history.