Failure of Good Over Evil 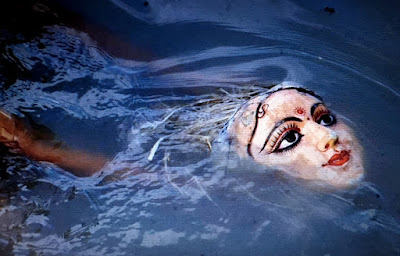 Man, from time immemorial, has always in a continued, uninterrupted progression of his existence, tried to vanquish evil and usher in goodness.  Thousands, perhaps millions of different kinds of rituals, methods, invocations, have evolved.  Some survive, some were modified, some could not be understood; but no matter what the root was, mankind has moved incrementally towards evil, falsehood, depradations, and criminality.

Can one dare to take a look at humanity, anywhere, everywhere, where good prevails, and bad, or evil, has not only not decreased, but has found, thanks to the fundamental deceit among men of all hues around the globe, newer, crueller, incredibly more ingenious methods for new areas of growth, which he practices without compunction, contrition, inhibition, or most of the time, even second thoughts.

What is then put on display by him, and with what expectation that one day or one week, even one moment of his lifetime, would witness the result of the goodness he does. Does he, can he, actually believe that he has done something good? If not, does he feel that beating drums, one day here, on another somewhere else, naming it this or that in a devout fashion, would compensate for all the evil that pervades throughout and only through human beings. Can he even slightly be forgiven, if such forgiving power, authority, is vested in something he believes to be god or goddess, by whichever name and in whichever language he addresses them?

I wonder, in full lamentation, even at the risk of being ostracized.  Is this act of immersion an act equal to abhorrent, fanatical rejection of the deity, or some perverse way of honoring it.

Should I expect 'divine' retribution for what may be considered blasphemy, or be rewarded for what can be considered the truth that is available for everyone to see, today, yesterday, and throughout the history of mankind.
at 11.10.16
Email ThisBlogThis!Share to TwitterShare to FacebookShare to Pinterest