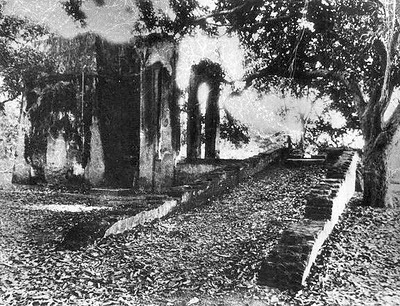 IN EVERYTHING
I THINK I WANT
TO TRY TO WISH TO DO
AND DON'T
WONDERING IF IT MATTERS
TO TIME:
IF IT IS SEEING, HEARING,
WONDERING, JUDGING.

UNRESOLVED,
RATHER THAN DO,
I DON'T
RATHER THAN USE TIME
I STEP OUT OF IT
AND PLAINTIVELY
LET IT OVERTAKE ME
IGNORE ME

IS TIME BAFFLED
BY MY INEPTITUDE
AND CLUMSY INVOLUNTARY MOTIONS
THROUGH IT
INTO IT, OR OUT OF IT

WHAT IS TIME ANYWAY
AND FOR THAT MATTER, I?
at 31.10.10 No comments:
Email ThisBlogThis!Share to TwitterShare to FacebookShare to Pinterest
Labels: photographs_blackandwhite

Aspects of a Feather 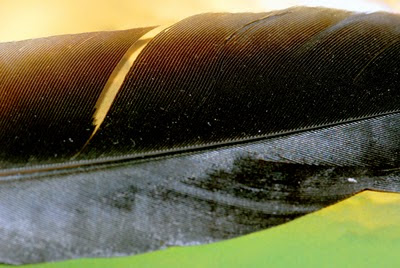 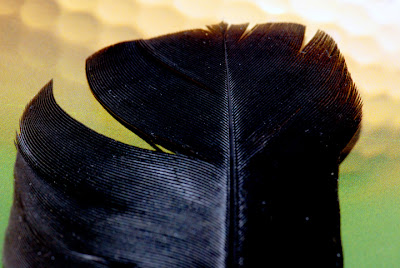 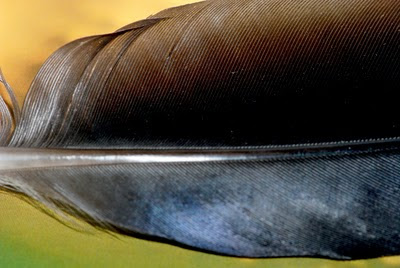 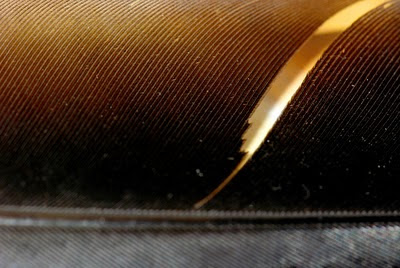 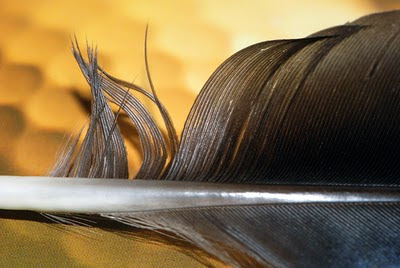 Before it got detached it was part of a flying apparatus. Now disconnected, it can only fly, directionless, if a breeze blows it; or some playful child ties it to a string and pulls it through the air; or it becomes part of some tossed toy, like a shuttlecock.
at 30.10.10 3 comments:
Email ThisBlogThis!Share to TwitterShare to FacebookShare to Pinterest 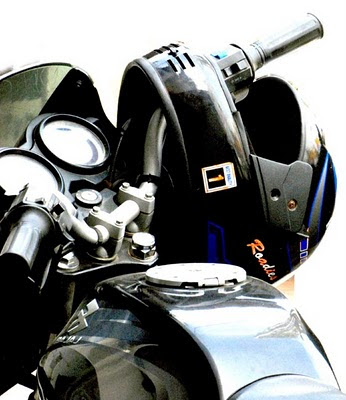 This is not an advertisement for the bike or the helmet; this is in the interest of safe driving and protecting life.
at 21.10.10 No comments:
Email ThisBlogThis!Share to TwitterShare to FacebookShare to Pinterest
Labels: photographs_blackandwhite

'Imitinef Mercilet' is a medicine which cures blood cancer.
Its available free of cost at Adyar Cancer Institute in Chennai.
Create Awareness. It might help someone.
Forward to as many as u can, kindness cost nothing.
The above came to me as a forwarded email message. It could be purely the result of a misguided attempt at profiteering, mischief-making, or plain stupidity, none of which is within my reach to deal with. I cannot trace the originator, and therefore, following are my shocked ruminations:

All facilities, all over the world, including in India, which treat, or claim to treat, cancer in its various forms and manifestations, exist with legal and illegal licenses to do so.  Touching the subject of how to regulate medical care anywhere is beyond the realm of my ability, and vests entirely in the hands of various law and regulatory agencies.

The important point that I can make here is, how can someone be allowed to circulate such a message, because not all who will receive it will understand its dangerous consequences and the misconceptions arising out of it.

Leukemia and other forms of blood cancer, and other cancers in general, are variously treated with different results, depending on a multitude of factors. The medicines and the enormously sophisticated equipment required to impart such treatment are a great responsibility in the hands of doctors who admit and handle such cases. 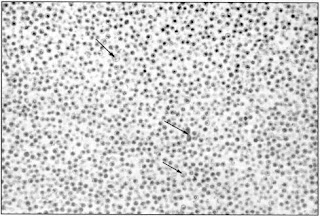 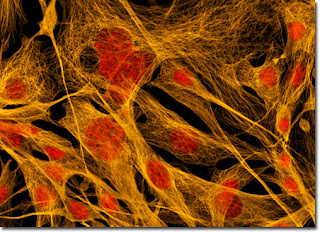 Leukemia cells from research papers
There are many forms in which leukemia manifests itself, and countless differing approaches exercised by the physicians and the institutions who handle the patients afflicted with this dread disease. 'Imitinef Mercilet' ("Imitinef Mercilet" is apparently an alternative spelling of the cancer drug, Imatinib mesylate) is not like aspirin. It is a complex medication, where whether it is free or not is definitely not the main issue. Implying that the Cancer Institute at Adyar in Chennai doles it out for free is the most cavalier way of planting an outrageously preposterous and dangerous notion in the minds of people with little or remote chance of being afflicted with cancer of any type, or who are just plain ignorant.

Apart from the fact that the Chennai institute is not the only place in the world where this drug is administered, it would be given on a case to case basis, and not as a general panacea. If someone took the circular seriously, with a member of the family suffering from cancer in some form, does the writer/sender of this circular expect that the Cancer Institute, upon one’s approaching it, will quickly deliver free medicine? and for how many days, without first admitting the patient, checking him/her out, charging for the tests, hospitalization, radiation, chemotherapy, and whatever other treatments are needed to save the patient; if indeed the patient does prove to have cancer.

I do not want to lengthen this argument. I feel that such use of electronic media, if it cannot be banned, should at least not be encouraged, and should be crushed as quickly as possible. I believe that I will have unanimity of support of my deep concern, which people will in turn share.  If, on the other hand, even one percent of people actually believe that this is a useful circular, and that the message should be spread; if they believe that the drug would be handed over to them on asking, and that everything would be free and hunky-dory, I would like them to come forward and put forth their argument to me. If convinced, I will withdraw my complaint. 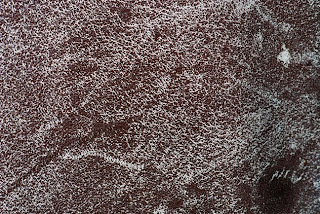 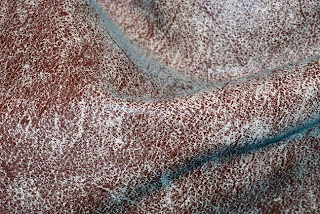 pictures taken in my drawing-room
at 13.10.10 No comments:
Email ThisBlogThis!Share to TwitterShare to FacebookShare to Pinterest

Another Day, Another Year in the Life of One Alone in a City, in a Town 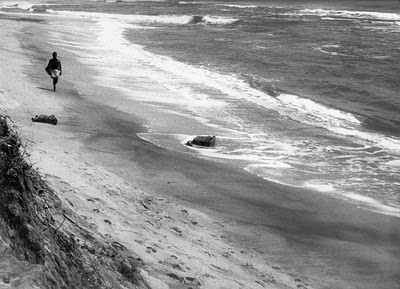 ONE, ALONE
IN THE CITY, EARTH
ALL THE TIME -- DAY, NIGHT
SEEKS MEANING OF LIFE, TRUTH --

ONE, ALONE
HAS LIVED MANY LIFETIMES
AND ONE MORE YEAR
LET SLIP THROUGH HIS FINGERS
TIMELESS SANDS
OF MEANINGLESSNESS, LIES

NOW WITHOUT REASON TO LIVE
AND INABILITY TO DIE
COUNTS EVERY PASSING MOMENT
AS A YEAR BACKWARD
AND INSTEAD OF THE TRUTH
YEARNS ONLY JUST TO KNOW
HOW LONG
ONEALONE
(This poem was written in response to a greeting which I received on my birthday. Some lines were inspired by Gulzar's 'Ek Akela Is Shehr Men')
at 12.10.10 1 comment:
Email ThisBlogThis!Share to TwitterShare to FacebookShare to Pinterest
Labels: photographs_blackandwhite 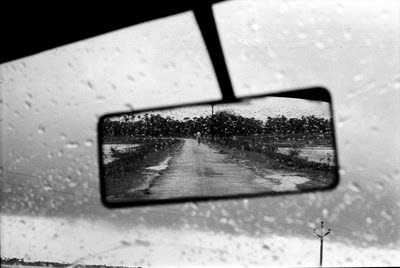 As I took this picture near my factory in Velachery in 1973, I saw the cyclist receding in my rear-view mirror as my past receding; or at least felt that it would be so nice if the past moved away like the cyclist did, became smaller and smaller, until it disappeared. Unfortunately, I ended up with a picture which, subconsciously, represented my misfortune: obscure future, and sharp past.

If only it were possible to consider looking out of the windshield of your car as looking to the future, and looking at the tiny rear-view mirror fixed at the centre of this larger glass as looking at the past, how much easier would it become to pass through life.  Looking at the larger picture, which is the future, and considering the past as smaller and dwindling, even disappearing. Perhaps it is possible for most people, who are capable of going through life and gifted with unquestioning mentality. But others, who reside in the company and curse of greater consciousness, for them why does it work only in reverse: the small and vanishing past, in any case inalterable, becomes obsessive, while the larger picture of the future remains obscure. So much so, that the power of the past to haunt can destroy prospects of an even better, or quieter, more tranquil, future.
at 8.10.10 4 comments:
Email ThisBlogThis!Share to TwitterShare to FacebookShare to Pinterest
Labels: photographs_blackandwhite 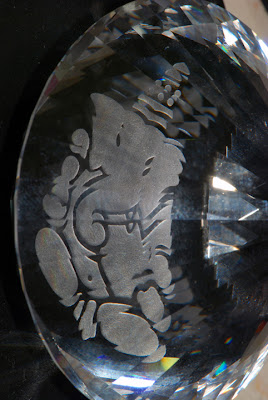 An unusual depiction of Ganesh; my photograph, expressionistically taken in a hotel suite in Calcutta in 2010
Ganesh is very lovingly revered by all Hindus, Jains and Buddhists.

He is the son of Shiva and Parvati. He has a human body with an elephant's head.  He is the Remover of Obstacles, and is worshipped at the beginning of  every new venture, to ensure its success.

Here is one invocation of Ganesh, written by Girish Karnad at the beginning of his play Hayavadana:


May Vighneshwara, the destroyer of obstacles, who removes all hurdles and crowns all endeavours with success, bless our performance now. How indeed can one hope to describe his glory in our poor, disabled words? An elephant's head on a human body, a broken tusk and a cracked belly -- whichever way you look at him he seems the embodiment of imperfection, of incompleteness. How indeed can one fathom the mystery that this very Vakratunda-Mahakaya, with his crooked face and distorted body, is the Lord and Master of Success and Perfection? Could it be that this Image of Purity and Holiness, this mangala-moorty, intends to signify by his very appearance that the completeness of God is something no poor mortal can comprehend?

Like most of the gods, Ganesh has many names, which refer to their various attributes. One, which is used most endearingly, is Lambodara, One Who Has a Potbelly. (Lamba + Udara) 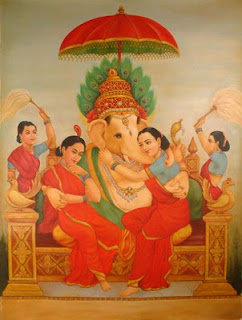 Ganesh with his two consorts, painted by Raja Ravi Varma, from my collection at home
One of his names is Ganapati, the Captain of the Ganas, an army of weirdos that follow Lord Shiva.

For more information about Ganesh, see his Wikipedia entry.

Ganesh's birth festival, Ganapati Chaturthi, is celebrated with a frenzy almost unparalleled in the Hindu pantheon of gods. Media, especially cinema and TV, do not tire, year after year, of depicting the frenzy with song and, dance, often performed under the influence of intoxicants.  Each successive year surpasses the previous year in its depiction.

This year, for me at least, who has never stepped out, not only to participate, but even to get a glimpse of these events, brought a slew of shocking and revolting pictures of the aftermath of these celebrations. Some soul decided to circulate these in an email, so I have no means of acknowledging, giving credit, or attributing motives, except to say that it can benumb you, whether or not you are a believer. The email exhorted the reader to circulate them. Here are three of them. If you are aroused to revulsion, introspection, and a sense of feeling stigmatised, maybe the purpose would be served.


Ganesh, Following the Celebrations at His Consecration 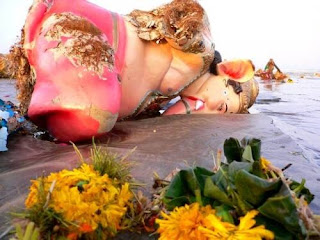 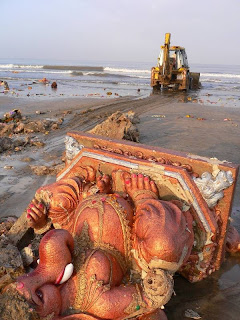 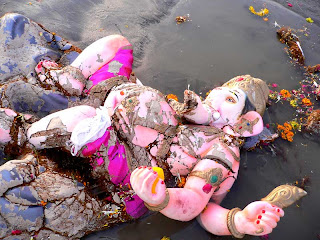