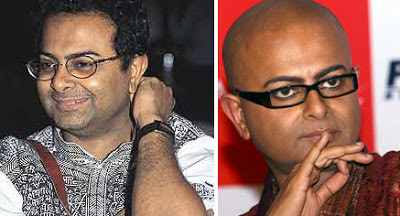 Unlike some giants of cinema whom it was my privilege to know closely, and a lot of their work also, I knew Rituparno much less, and equally less, his work; but, from what little I could lay my hands on, I have no difficulty or hesitation in rating his work as among the best in cinema that I could fathom. I always felt that I began to know him through his cinema as a very modest, honest, humble and clean master craftsman of cinema in all its aspects.

I did not know that he was grievously ill with pancreatitis, and undoubtedly concomitantly, several other complications, which brought about the sudden or not sudden end. I wish for him that he did not suffer or was unconscious at the end, and that the people tending him may not have put him through painful trials to save him. I am deeply saddened at his being snatched away.

Someone who was equally grieved and shocked at his demise wrote to me, "no matter how much one lives and does, at the end there is still so much not lived, not done. And metaphysically speaking the not done acquires far larger proportions. It is inevitable. Absence is so much more overpowering than presence."

Keeping my personal feelings private and ensconced, I felt impelled to respond objectively, distancing myself from my subjective feelings. Even as it pained me, I wrote thus: "'So much not lived, not done,' subjectively, from a limited perspective of some or any; but METAPHYSICALLY, plain nothing: no proportions, no absence being much more overpowering than presence: only contingency and the inevitability of inevitability; metaphysically, the difference between absence and presence, being eventually inconsequential, does not exist." 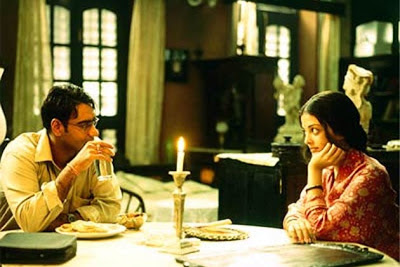 at 30.5.13 No comments:
Email ThisBlogThis!Share to TwitterShare to FacebookShare to Pinterest 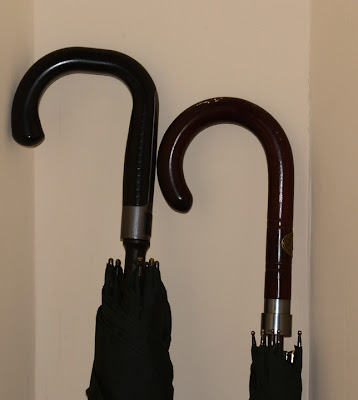 on me
or let me
on you
at 29.5.13 1 comment:
Email ThisBlogThis!Share to TwitterShare to FacebookShare to Pinterest

The End of the Road 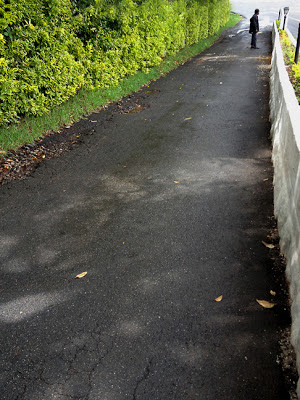 at 28.5.13 No comments:
Email ThisBlogThis!Share to TwitterShare to FacebookShare to Pinterest 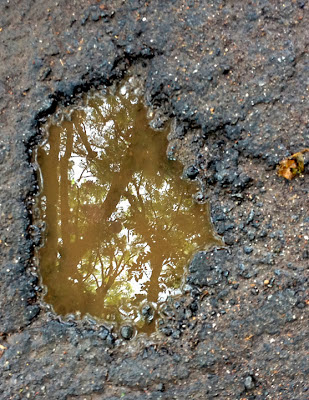 
------------------------
Bhashwati wrote:
In the brief instant it took my retina to catch and reflect the reflection i thought puddle wott? And then i saw and thought ah oasis inverted!!!! The conventional ones have foliage without, AROUND the water rim and this one has them WITHIN. What a beauty. To say nothing of the colours and textures rough rugged wispy floaty. Earth Water wind life and its end of course.

Charu wrote:
At first glance it came across as a blob of yucky sewage! But on a closer scrutiny I found trees sprouting from it. A virtual and practical life giving oasis.
Wow!
I established an instantaneous hate-love relationship with this picture. 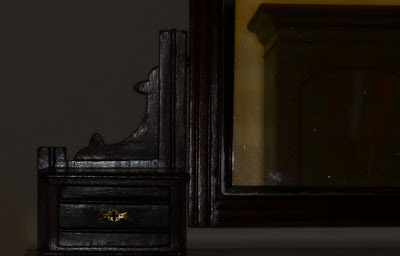 mirror of stained memories
fogged
or old
or of old age

progressing
to be
forgotten