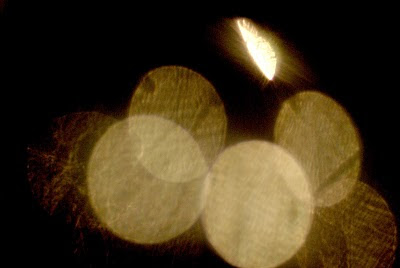 ... gravitational and magnetic forces, unconnected, having no culture, having no life, only matter; guided, misdirected by forces out of its own volition or control; and yet, for the viewer, depending upon who it is, with enormous beauty and balance. Tranquil, beautifully balanced, and radiative.

Perhaps that is THE CLUE to beauty, balance and harmony?

To be matter alone sans paraphernalia of consciousness.
But in the absence of conscious life who would appreciate such indestructible beauty?

love charu
at 31.12.10 2 comments:
Email ThisBlogThis!Share to TwitterShare to FacebookShare to Pinterest

Jokes apart, no one in the whole world even remotely would think that those clay clowns (actually one, photographed twice by double exposure with altered lighting in 1965) would connect with Bhupen-Charu, although, interestingly, everyone who has reacted to that posting has compared themselves and their marriages to that ludicrous photograph.
at 15.12.10 3 comments:
Email ThisBlogThis!Share to TwitterShare to FacebookShare to Pinterest
Labels: photographs_blackandwhite 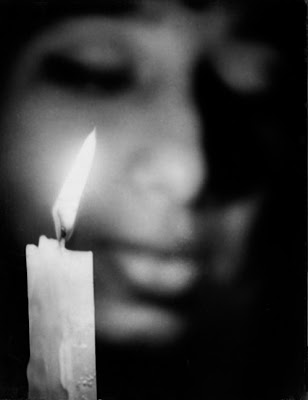 Everything in the universe is breakable. This is knowable, however, only to a conscious, feeling mind. For human beings most importantly, relationships, possessions, formidable attitudes assumed as unwavering, etc. etc.  All are breakable, and in their wake they bring unbearable pain, anger, hatred, grief, loss. 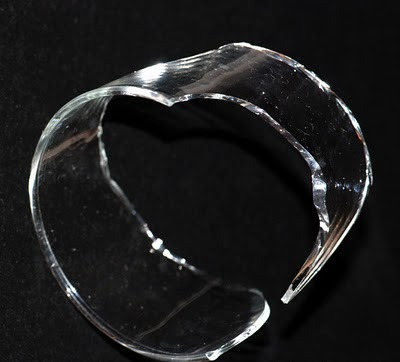 Hum kyon shikwa karein jootha
Kya hua jo dil toota
Sheeshe ka khilona tha
Kuchh na kuchh to hona tha, hua
Can one complain
When the heart breaks
A toy made of glass
Something has to happen
It breaks
(Hindi lyric by Anand Bakshi)
at 5.12.10 1 comment:
Email ThisBlogThis!Share to TwitterShare to FacebookShare to Pinterest 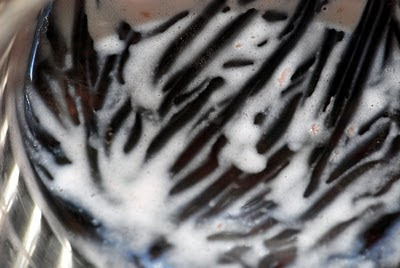 Fishy can mean connected with or concerning or arising from a fish, apart from the smell; it can also mean suspect, rotten, corrupt, and several other things without any relation to fish. So, take this picture for instance. I could call it fishy and probably get away with it; but then actually it is the remnant of a scoop of strawberry ice cream. Now, if that is not fishy, what is?
---------------
Update: Anonymous wrote:

Ah but if a cat were to find it and lick it up it would indeed, in the cat's consciousness, be equivalent to fishy.

Please dont spoil the game by reminding me that a cat has no consciousness. It has i assure you, only in catsworld it resides in the nose and tongue :)
--------------
Charu said:

Peered from various angles and could`nt see the fishiness ( apologise if such a word does not exist) agree with charu on the zebraish train of thought...
------------------
I replied:

That's why it is fishy: because of the uncertainty, and because of the doubt it provokes: is it an aquatic creature, skeletal leftover, part of a larger pattern and design? Is it edible? Is it venomous? The strawberry ice cream, the leftover of which it was, was certainly not fishy.
at 3.12.10 4 comments:
Email ThisBlogThis!Share to TwitterShare to FacebookShare to Pinterest 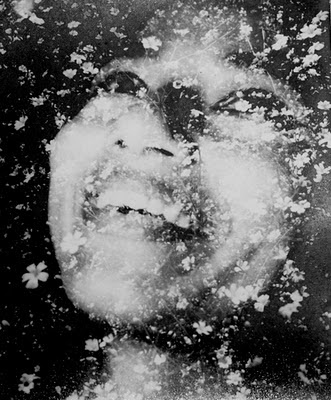