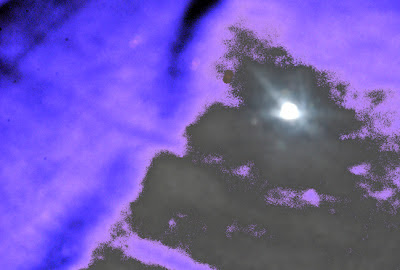 The universe is never static. Nothing in it ever is; from the Magellanic Cloud to subatomic particles, changes happen in ceaseless cycles. The universe itself is happening; everything in it is continually happening, without pause, thought, malice, or benevolence. It happens, within it things happen; in these happenings, another other happenings happen.

I am reminded of "Across the Universe" song of the Beatles. It seems those who hallucinate get a direct vision and understanding of the Universe. Ask Paul McCartney:
Words are flowing out like
Endless rain into a paper cup
They slither wildly as they slip away across the universe.
Pools of sorrow waves of joy
Are drifting through my opened mind
Possessing and caressing me.

Sounds of laughter, shades of life
Are ringing through my opened ears
Inciting and inviting me.
Limitless undying love, which
Shines around me like a million suns,
It calls me on and on across the universe


Paul McCartney, his clan called the Beatles, and their ilk all over the world, found dealing with life difficult, if not altogether impossible, and therefore found shelter under obfuscation of its complexity and incomprehensibility. That the Beatles were also creative was not the certain, ordained outcome of being stoned, but one of the outlets from which they profited, and so did the spiritualists of various hues who deigned to offer them guidance.

Anyway: Since, provably, the universe is not hallucinating, either we humans are, or have to, to deal with our quotidian, transient and minuscule concerns.

All of us humans survive because we can hallucinate, be it in self-deceit, self-aggrandizement, manic-depression, or in generating means for elation.

Incidentally, you may find this interesting:

-- a podcast in which the neurologist Oliver Sacks talks about how his drug experiences / hallucinations in the sixties affected his life and career.
---------------------
Bhupen wrote:


I am sure I have heard the song without knowing the words.  Reading them, I find them interesting, except for the chanting of 'Jai Gurudeva, Om".

In the sixties drug culture provided escape into the altered state of mind in real time.  It was more than imagining, dreaming, fantasizing without any physical control and thus hellucinating.

Since you mentioned scientist and others experimenting with LSD, here is another famous one.  He dropped out for a while, came back with a revived career in computer science, turned little crazy (he wanted to die on Public television).  Here is a brief of his early career.

TIMOTHY LEARY WAS another early advocate of LSD experimentation. Leary taught psychology at Harvard and by 1960 was doing experiments with LSD and other hallucinogens, first on prison inmates and then on himself and his friends. LSD was not illegal at the time. In 1960, Allen Ginsberg, supervised by Leary, ingested psilocybin mushrooms, (under the influence of the drug, he phoned Jack Kerouac, identifying himself as God to the telephone operator), and began to spread the word about the new powerful psychedelic drugs. When Harvard dismissed Leary in 1963, he set up the Castalia Institute in Millbrook, New York, to continue his studies. Leary's approach to taking LSD was the opposite of Ken Kesey'sÐLeary believed in "set and setting," a practice of taking the drug in a controlled environment, as a safeguard against bad trips. He coined the phrase "Turn On, Tune In, and Drop Out," and formed the "League of Spiritual Discovery," an LSD advocacy group. In the mid sixties, he began attending numerous musical events and public forums that promoted the use of LSD. Leary spent a number of years in prison for various charges related to drug possession.
------------------------------------------------------
My reply:

Your statement about hallucination raised the thought that a single strand of DNA is capable of hallucinating. An amoeba can hallucinate; plants. trees, flowers can hallucinate, as can fish, cats, cockroaches, etc.

If an animal or insect or plant ingests a substance which causes it to hallucinate, it will return to ingest that substance again.

In other words, it means that apart from its self-ordained purpose to only exist (survive by sustenance and reproduction), there is this slight unexpected aberration somewhere in that minuscule and first fundamental form of life. The unicellular DNA, whether in amoeba and its ilk, static or evolving, or in humans; but containing the fundamental potion that we call life, inclines towards hallucination, mostly without volition and ignorantly; sometimes even with literate knowledge, purposefully.

I will write separately, later,  about Timothy Leary, or, earlier than him, Albert Hofman, among people who consciously studied chemical, physical or biological agents, which created altered states of human (and perhaps other) minds.
at 20.8.12 2 comments:
Email ThisBlogThis!Share to TwitterShare to FacebookShare to Pinterest 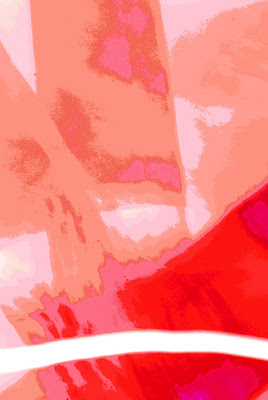 The Universe Within: The Human Brain

Our mental being, which is central to our existence and identity, would not function without neurons ceaselessly rushing, close to the speed of light, and communicating with every part of our biology, in respect of our endeavour, activity, even our sleep. They cease only when we cease. They communicate with each other via synapses.

Just to mention our brain, which is the most evolved among all forms of life, imagine that it has roughly 1011 (one hundred billion) neurons, each of which has on an average, 7,000 synaptic connections to other neurons.  Imagine the universe of neurons: a 3 to 5 year old child has about 1015 synapses (one quadrillion). Significantly, this number declines with age, so that an adult is supposed to have from 1014 to 5*1014 synapses (100-500 trillion).

Here, I have to let my neurons rush to other synaptic terminals; this information being relevant only if your neurons have travelled with me thus far.

Anonymous wrote:
It has.
Thank you.

---------------
Charu wrote:
With or without aging my synapse count has gone down to 10 to the negative power of 14 (Sorry, comments will not allow superscripts). At this infinitesimal level my brain and I barely exist. I should not be able to comment on this post at all………

Did you get into my brain to take that picture? So dead……….

at 18.8.12 2 comments:
Email ThisBlogThis!Share to TwitterShare to FacebookShare to Pinterest 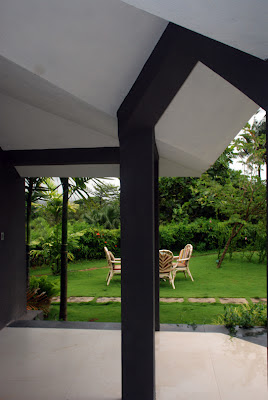 For 200+ years, the British subconscious has not unnaturally been unable to divest itself of the vestiges of what, in man's history, became the largest empire ever, which feat, given the logistic of human civilisation of today, will not or cannot be repeated till perdition comes.  The British are progressively getting reduced in their reach and influence in an exponentially changing political history, geography and demography of the world.

It is not inconceivable, it is even forgivable, that they might have embedded in their subconscious the notion that America is still their colony; or that their island, due to tectonic plate movement, will somehow be pushed to abut the eastern coast of the United States and therefore and thereafter become part of it, if not the owner of it. 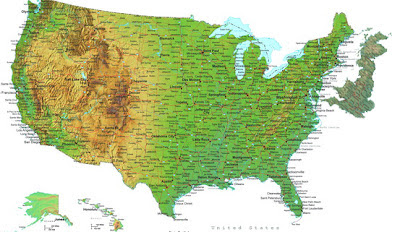 Someone anonymously emailed the following, which I found funny without being sardonic, and completely devoid of malice. Here it is; I hope you enjoy it too:

The Spirit of the Olympics


The world's most populous country of 1.3 billion people and counting, had to maintain its status among the comity of nations by sending the largest contingent to the London Olympics, 2012. India had a plan which has been revealed now by countless newspapers, magazines and screaming Breaking News on TV, which may actually have caused damage to the brittleness of the TV screen: "India Aims to Avert Bottom-Place Finish."

That is also a pursuit of the noblest of spirits, that of giving to others, and not being greedy or avaricious. We have a long history of this spirit of magnanimity. 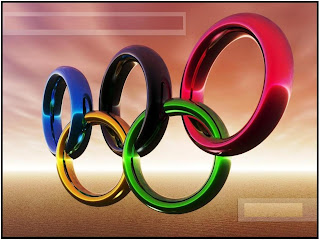 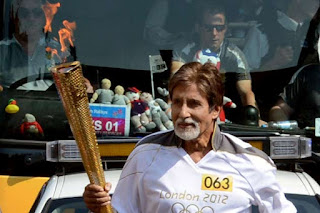 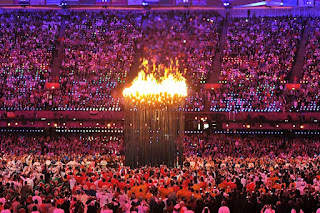 Culturally, we are perfectly conditioned to fulfill our 'tryst with destiny.'

A Skeletal Rose, by Any Other Name 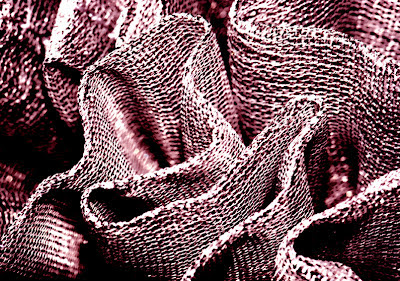 For those who have been to anatomy classes, or at museums demonstrating or displaying it, the human skeleton definitely looks extremely complex and intricate, evolving itself to become amazingly functional, over millions of years; but it is also a repulsive sight, which, for varying degrees of time, takes away our dreamy longing for the beauteous human form, culturally female but now also male, as the social mores rapidly change.

A man is enhanced hundred times with clothes on! 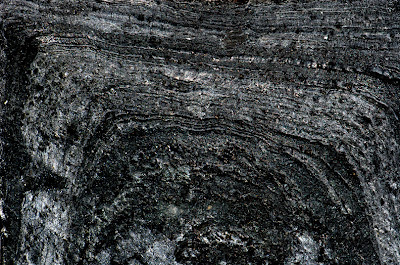 How many years are left of its bounty?


------------
Char wrote:
Bhai,
Boulder is glaring back at us askance, what did you do to me?!
at 2.8.12 1 comment:
Email ThisBlogThis!Share to TwitterShare to FacebookShare to Pinterest 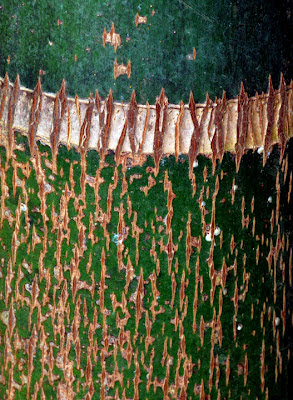 at 1.8.12 No comments:
Email ThisBlogThis!Share to TwitterShare to FacebookShare to Pinterest
Newer Posts Older Posts Home
Subscribe to: Posts (Atom)