About 25 years ago I wrote a letter to the owner of one of India's leading publications, in which I had found several malpractices, while it proudly went about exposing scandals, deceits, statutory evasions, and corruption in general of others. I suggested that he start a magazine called INDIA CHEATS. In my proposal, I offered the idea that, as a starter to Cheating, I would write all of the articles under false names. There would be an inaugural issue, which would easily garner substantial revenue from people hungry for the kind of spiced-up stuff that would have been offered. Then, there would be no second issue. From among the defrauded and outraged subscribers, some would vociferously and in rage file suit against the magazine, and who but I would represent it in court. After angry testimony by the subscribers, the Judge would turn to me, and ask, "Well, what do you have to say?" I would rise and say, "Your Honour, my defense is very simple: since the magazine itself was named INDIA CHEATS, it would have violated its own purpose and the promise enshrined and epitomised in its title by publishing a second issue." The Judge would have had no choice but to announce his ruling, "Case Dismissed."

This old story came to my mind when I saw the hilarious, relevant and completely credible video "Man of Steal", which you can see below:


I hope you did not feel Cheated.
at 18.8.13 3 comments:
Email ThisBlogThis!Share to TwitterShare to FacebookShare to Pinterest 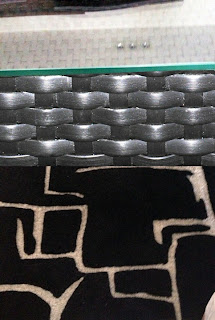 Am I kidding myself, to imagine that knots can be unravelled?
Unravelled, other knots form and emerge, in a perennial progression.
That is the curse of consciousness.
at 9.8.13 2 comments:
Email ThisBlogThis!Share to TwitterShare to FacebookShare to Pinterest

Theory of Theism: Reality or Myth?

An acquaintance who is very devoutly religious sent me the link to this video, entitled "Why I'm Not an Atheist." Please see the video, followed by my atheist response:


Consider this: 99.99% of the human race openly or secretly want to believe in something, because humans have to believe in something in order to pull through the incomprehensions of the act of living.  Believing in some sort of god, any sort, is therefore easy, and therefore, that high percentage are believers. Interestingly, the same percentage of human beings are violators of the fundamental tenets upon which those beliefs are based. Common sense mathematics would dictate, then, that those who believe are also the violators of those beliefs. In other words, the believers are also the non-believers.

Regardless of which and what religion is one’s preferred one, or is the given one, the fundamental tenets are very simple: do not lie, do not cheat, do not covet, do not hurt; yet it is these very tenets which are most violated. So, how come? If there really were Belief, such simple things would be very easy to practise. But precisely that has never been the case throughout human history, and is not likely to be the case in the diminishing number of years remaining to us before we perish.
at 8.8.13 1 comment:
Email ThisBlogThis!Share to TwitterShare to FacebookShare to Pinterest
Newer Posts Older Posts Home
Subscribe to: Posts (Atom)