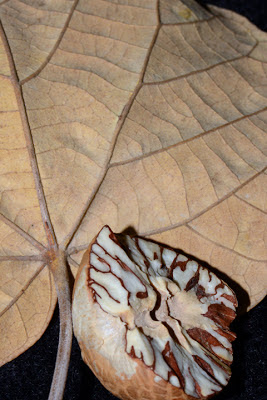 A betel nut tried to liven up a dead leaf with all its toxins and stimulants.

The areca (betel) nut, the seed of the areca palm, is commonly eaten by itself, plain or aromatically treated; or, most extensively,  with any of a variety of leaves, which can be astringent or aromatic and mildly sweet.  These are wrapped around the areca nut, along with lime, catechu, and many sweet and fragrant condiments. These condiments vary according to taste and the specific leaf used. Frequently, the whole thing is a vehicle for chewable tobacco. The mix of leaf and nut is called paan in South Asia.

There is irony in the fact that chewing paan, because of catechu and lime (rich in calcium), strengthens the gums and teeth, but also weakens them at the same time. Paan, like caffeine and nicotine, is chemically very rich and habit-forming, so much so that people who are habituated to it become dysfunctional in their work and effort unless they frequently chew paan as an enhancer of concentration and performance. On the other hand, when an unaccustomed person chews it, palpitation, giddiness, and even fainting can ensue.

Not to forget, in accompaniment of paan and such, its contributions in three other areas; enhancements of romance in Royal households, of eroticism in brothels and ruining streets and staircase landing corners with red spits.

BTW, Betelnut's (Supari's) beautiful markings makes one think it grew upto be the leaf next to it.

at 25.2.13 2 comments:
Email ThisBlogThis!Share to TwitterShare to FacebookShare to Pinterest 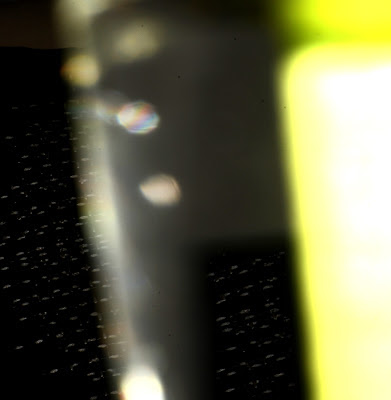 fly or flies
past present
or pest

conditionally
what flies
can fly
forever
at 21.2.13 No comments:
Email ThisBlogThis!Share to TwitterShare to FacebookShare to Pinterest 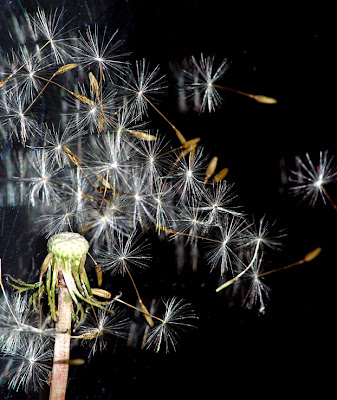 The picture conjures up a painting of Starry Night on Rhone by Van Gogh and a song by Don McLean: 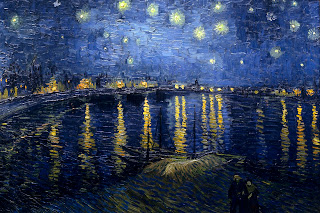 Starry, starry night.
Paint your palette blue and grey,
Look out on a summer's day,
With eyes that know the darkness in my soul.
Shadows on the hills,
Sketch the trees and the daffodils,
Catch the breeze and the winter chills,
In colors on the snowy linen land.
Now I understand what you tried to say to me

how you suffered for your sanity
how you tried to set them free.
They would not listen
they did not know how
perhaps they'll listen now.

On that starry, starry night,
You took your life, as lovers often do.
But I could have told you, Vincent,
This world was never meant for one
As beautiful as you.

Starry, starry night.
Portraits hung in empty halls,
Frameless head on nameless walls,
With eyes that watch the world and can't forget.
Like the strangers that you've met,
The ragged men in the ragged clothes,
The silver thorn of bloody rose,
Lie crushed and broken on the virgin snow.

LOOK at the stars! look, look up at the skies!
O look at all the fire-folk sitting in the air!
The bright boroughs, the circle-citadels there!
Down in dim woods the diamond delves! the elves’-eyes!
The grey lawns cold where gold, where quickgold lies! ....
at 19.2.13 3 comments:
Email ThisBlogThis!Share to TwitterShare to FacebookShare to Pinterest 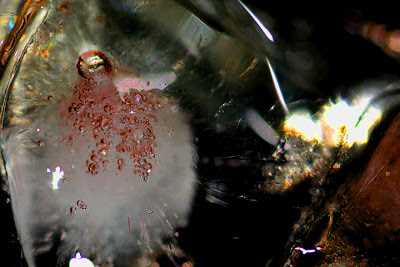 Our science believes that all matter in the universe springs out of one, another, or all of the three types of quarks, which supposedly conduct the business of running the universe. Interestingly, though, it is given only to mankind, as far as we can know today, as we have yet to discover any other intelligent life beyond us, no matter how near or how impossibly far away, to undo and alter the work of quarks by extinguishing intelligent life, if not life in its entirety.

A twist of quirk, maybe, do you think?
at 16.2.13 2 comments:
Email ThisBlogThis!Share to TwitterShare to FacebookShare to Pinterest 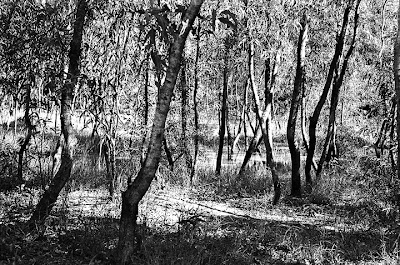 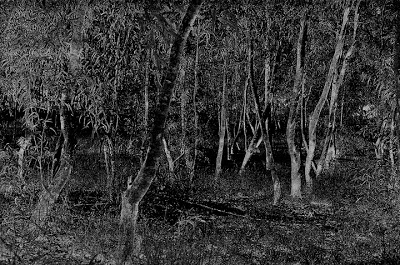 Day and Night in the Forest

Satyajit Ray's movie of the same name, based on the novel by Sunil Gangopadhyay.

Often I have looked at the open, and in many cases closed, but devoid of humans places wistfully.

I belong in them, I am them; forests, deserts, open vistas, high seas and such.

This picture draws me in its bowel.

And yet, I cannot but help appropriately raise that age old, slightly philosophical and highly clichéd question: "if a tree falls in a forest does it make a sound?"

A little humour there!

at 14.2.13 3 comments:
Email ThisBlogThis!Share to TwitterShare to FacebookShare to Pinterest
Labels: photographs_blackandwhite 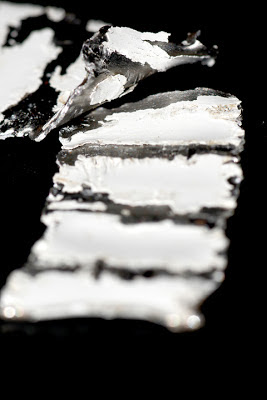 
-------------------
Anonymous wrote:
Today's poem has shaken me completely, I don't know why, and to repeat myself for the millionth time, the juxtaposition of picture and words is awesome and unique.
at 11.2.13 3 comments:
Email ThisBlogThis!Share to TwitterShare to FacebookShare to Pinterest 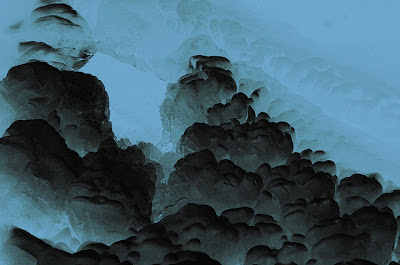 IN THE DARK
CLOUDS OF DREAMS
COME AND NESTLE IN THE HEART
ONLY TO FLOAT AWAY
ON WINGS OF LIGHT
AT DAYBREAK
at 9.2.13 1 comment:
Email ThisBlogThis!Share to TwitterShare to FacebookShare to Pinterest
Labels: photographs_blackandwhite 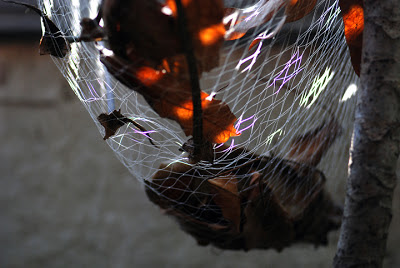 Oh,
"What a tangled web we weave
when we practice to decieve"
Sir Walter Scott

Have you seen flailing of civilization lately?

at 8.2.13 5 comments:
Email ThisBlogThis!Share to TwitterShare to FacebookShare to Pinterest 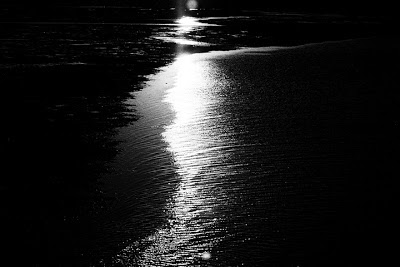 IN EVERYTHING
I THINK I WANT
TO TRY TO WISH TO DO
AND DON'T
WONDERING IF IT MATTERS
TO TIME:
IF IT IS SEEING, HEARING,
WONDERING, JUDGING.
I LIVE
OR AM I BEING
UNKNOWN TO ME
LIVED
BY LIFE
APPARENTLY PUSHING AND
DRAGGING ME
EVENTUALLY TO LEAVE ME

UNRESOLVED,
RATHER THAN DO,
I DON'T
RATHER THAN USE TIME
I STEP OUT OF IT
AND PLAINTIVELY
LET IT OVERTAKE ME
IGNORE ME

IS TIME BAFFLED
BY MY INEPTITUDE
AND CLUMSY INVOLUNTARY MOTIONS
THROUGH IT
INTO IT, OR OUT OF IT

WHAT IS TIME ANYWAY
AND FOR THAT MATTER, I?