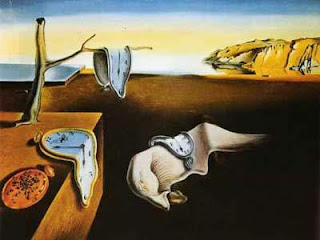 Salvador Dali, The Persistence of Memory 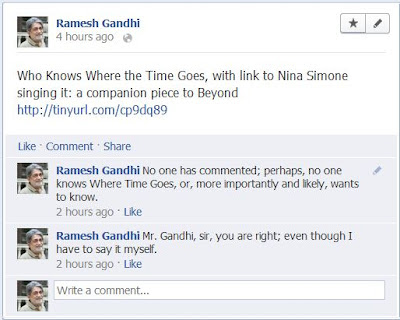 IN EVERYTHING
I THINK I WANT
TO TRY TO WISH TO DO
AND DON'T.

WONDERING IF IT MATTERS
TO TIME:
IF IT IS SEEING, HEARING,
WONDERING, JUDGING.

I LIVE
OR AM I BEING
UNKNOWN TO ME
LIVED
BY LIFE,
APPARENTLY PUSHING AND
DRAGGING ME
EVENTUALLY TO LEAVE ME
UNRESOLVED.

RATHER THAN DO
I DON'T
RATHER THAN USE TIME
I STEP OUT OF IT
AND PLAINTIVELY
LET IT OVERTAKE ME,
IGNORE ME.

IS TIME BAFFLED
BY MY INEPTITUDE
AND CLUMSY INVOLUNTARY MOTIONS
THROUGH IT
INTO IT, OR OUT OF IT?

WHAT IS TIME ANYWAY
AND FOR THAT MATTER, I?

at 28.6.12 2 comments:
Email ThisBlogThis!Share to TwitterShare to FacebookShare to Pinterest 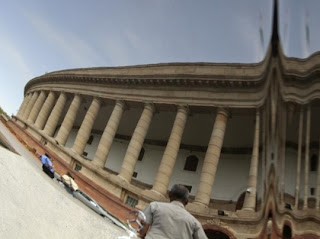 I received the following line in my email, concerning the prevailing Indian political scene:

Break, destroy, devastate. Prevent progress of all pending national agenda items. When everyone has been buried under the debris of mindless destruction, dance in ecstasy.

Are our elected Parliamentarians stumbling over each other in their eagerness to convert coalition politics into demolition politics, and worse.


What is happening to what goes by the name of human civilisation is so appalling that even if I were to exclude the rest of the world and just look around my own country, I would be incredulous and aghast if the people who are of influence and wield power to run it were to suddenly be hit by an avalanche of good sense. Have I reached the bottom or the pinnacle of cynicism.


---------------------------
Charu wrote:
Bhai,
Politicians breaking, destroying all vestiges of decency and then dancing at the demise of due diligence and processes seem to have shaken the building to its foundations. It is lying on its back; or at least on its side.
I admit I know not the building but could it be Rashtrapati Bhavan?!
(Reply: It is the Indian Parliament, designed by Sir Edwin Lutyens and Sir Herbert Baker, in 1927)
at 14.6.12 1 comment:
Email ThisBlogThis!Share to TwitterShare to FacebookShare to Pinterest

I originally posted the following on 9 April 2006

"Satyameva Jayate": truth shall always prevail. As far as I know, the Indian government is the only one in the world which has used this slogan as its motif, its faith. It behaves as if this phrase is fundamental in all spheres of Indian life, especially in politics. But in fact, the Indian government declares “Satyameva Jayate", and at the same time is its ultimate violator.

Where does the compulsion come from, to make mockery of our national symbol, the Ashoka chakra, by the ultimate lie shown as proclamation under it. It is so ubiquitous that most people don’t even know that it exists everywhere, where they work and transact their day to day business. Surely our conquerors did not compel us, nor did the United Nations. Nobody would blame us if we lied without claiming that we are telling the truth. If we lied and believed that we lied, and accepted that others lie, as an essential component for survival in this environment. Why, then, this ultimate lie?

Because of the synergy between lies and corruption, our country is one of the most rampantly corrupt. We are automatically a country with among the largest number of liars. Where does truth reside, let alone prevail? In a slogan on the wall behind the torso of a politican giving a speech? On our currency notes? In a court of law, in the Parliament, at the police station, in a teaching institution, in the electricity board, water supply, construction, commerce, industry, temples of gods and religions and spirituality, income tax office? Where?

Can this slogan, which presides over pervasive corruption, not be removed? Does it serve any purpose, or is it an irony, a cruelty, a joke? Dishonesty and corruption are endemic to mankind everywhere in the world. Truth has increasingly been at a premium in the evolution of human civilisation, and its purveyors’ travails are countless.

One can say many different things without being contradicted: Hum aage bhadenge; we shall prevail. May truth prevail. Many others can be coined. Should this lie, therefore, not be removed, and therefore the blemish, especially as it is not required by, or believed in, by anyone, in authority or from the public?

I received this question: How do you differentiate betwen an ideal and a statement? If "satyameva jayate" is a statement, can you give an example as to how the same statement can be converted to an ideal?

My Answer: Yes indeed I can: "May truth prevail" is an expression of an ideal, and therefore even if not achievable or practical or practiced, people cannot take an exception to it. On the other hand, "Truth always triumphs", being a statement, implying a fact and being therefore factual, if provably not so, can not only be objected to, but be rejected.

I also received this question: Which Truth are we talking about here? In this relative world there are only relative truths. A can have A's truth B can have B's. Can there be an absolute Truth? By saying "Satyameva Jayate", which Truth they are talking about? Any thoughts...?

My Answer: The world is not relative; the manner in which we humans interpret it and then conduct ourselves across the length of our sojourn, is relative. Truth is erroneously but conveniently assumed to be absolute,while in reality it not only differs, but is notoriously inconstant and fickle.

When men make announcements on truth, through spoken or written pronouncements as a dogma, they imply and impute the sublimity of the absolute to it, and even if they cannot prove it to be so, they are too frightened to accept the notion and live with it in peace. Satyameva Jayate, truth will ALWAYS triumph, is intrinsically untrue, as an edict, or proclamation,both because it contains the assumption that truth is absolute, but also that it is invincible. 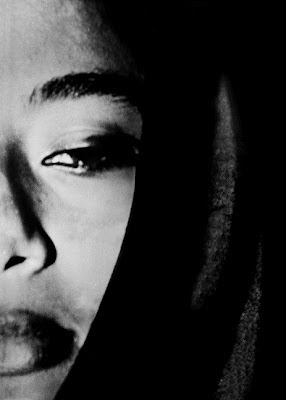