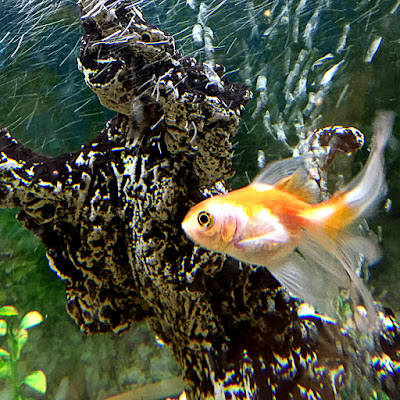 alien
and stranger
to mankind

Mankind coined the word Amity, but in all probability vowed to remain a stranger to its purport and meaning, and most importantly, its importance in the scheme of things, creating and supporting eco- and life-systems, alienating himself from Amity to his own peril.

Is learning to coexist in Amity, even if it is for selfish motives, difficult, or in fact impossible, as it appears?

-----------------------
Bhashwati commented:
The soft colours and texture and the delicate form of the fish against the rough, large and overbearing rock / stone formation and surrounding both, the flow and fluidity of water is a perfect demonstration of your text. IMO

Also IMO it cannot be difficult to co exist in amity but it is impossible for human beings because it requires total absence of consciousness of self and of cultivated intelligence. Humans are stuffed to their gills with those things which is the bane and boon of human evolution as you never tire of stating.

at 24.2.16 No comments:
Email ThisBlogThis!Share to TwitterShare to FacebookShare to Pinterest 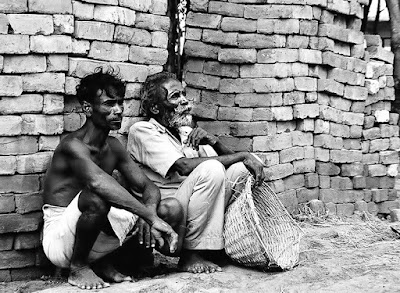 once, youth
here and gone

my thoughts on Inbetween:

The pile of bricks that your subjects are placed against is what lies "inbetween" the 2 stages of life that they represent.
Rickety, uneven, collapsible life coordinates, a perennial threat and yet the only support available.... all along their journey from youth to old age.
Brick by brick they have put together the feeble infrastructure of their existence with no other purpose than to exist.
An ancient cliche, c'est la vie

It also strikes me that despite their emaciated forms, particularly of the younger man, they must be in possession of strong spines. Had that not been so they would have been under that very unstable structure and not beside it!

And then i see, in between the two sections of that apology of a wall, a strip of green, episodic goodness and wellness that must make an appearance in the bleakest of life journeys and sustain them.

at 11.2.16 2 comments:
Email ThisBlogThis!Share to TwitterShare to FacebookShare to Pinterest

How Green Was My Valley 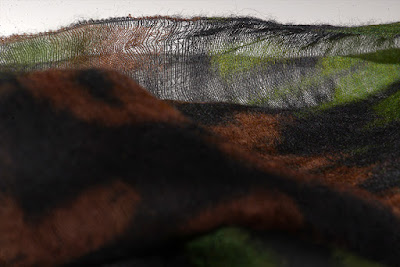 In the Land of Dreams 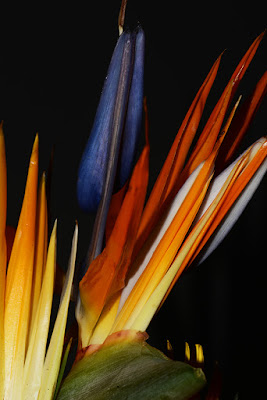 in the land of dreams
in the shadows of clouds
come, come